Stretch/Pinch the screen to zoom

A lithograph of Sir Lawrence Palk, Baronet (1818-1883), M.P for South Devon (1854-1868). Published by J.B.Black, 1860.  A black and white lithograph set within a beige oval frame shows a white male in his forties. He is posed leaning his left elbow on a column, displaying a signet ring on his lefthand little finger, looking out to the left of the frame. He holds a cane in his right hand and wears a black double-breasted overcoat with a patterned cravat held to a white shirt with a pin. He has thick facial whiskers and short dark hair. A handwritten signature in the bottom left corner reads ‘J.B. Black London 1860’.

Sir Lawrence Palk (born in London 1818-1883), 1st Baron Haldon, was an MP for South Devon between 1854 and 1868, before representing East Devon until 1880. After retiring from politics he was elevated to Baron Haldon on 29 May 1880. He also served for some time as an officer in The Royal Dragoons, later becoming Lieutenant Colonel commanding the Devonshire Artillery Volunteers. He inherited Haldon House, on the eastern side of the Haldon Hills near Exeter (mostly demolished in the 1920s with the surviving wings of the house now serving as the Lord Haldon Hotel) but preferred to spend more time at properties in Torquay, the development of which he was deeply involved in (a portrait of him by Joseph Hodges is normally on display in Torquay Town Hall, and a chromolithograph by Sir Leslie Ward was published in Vanity Fair, 1882, titled Statesmen. No, 392. “Torquay”.)

In 1857, Palk published a short story (illustrated by Rev. John Hall Parlby, printed by Edward Croydon, Torquay) titled The Hunt of the Pilgrim and Sir Courtenay Carew: A Tale of Dread (see DEI S.W. Heritage 1857 PAL). Written in verse, it tells the story of an old Devonian Knight (partial to a drink or two) who is lured to his untimely death by an unknown pilgrim who challenges him to a stag hunt on Dartmoor after being persuaded by local witches to do so. The preface states, “In turning an old legend into verse, and offering this little volume to the public, I hope I may be of some use in aiding the cause of Charity, and the funds of the Consumption Hospital. Lawrence Palk, Haldon House, Dec. 29 th .” Torquay had been described as “the southwest asylum for diseased lungs” as so many sufferers of Tuberculosis came to be cured and recover in the optimal South-Western climate it offered, including Percy Bysshe Shelley, Robert Louis Stevenson and Elizabeth Barrett Browning. The hospital to which Palk refers is likely the Western Hospital for Patients of Consumptive Tendency, founded in 1850 and later becoming the Western Hospital for Incipient Consumption, for which Palk gave up the ground rent for the land and garden on which more hospital wings could be built. 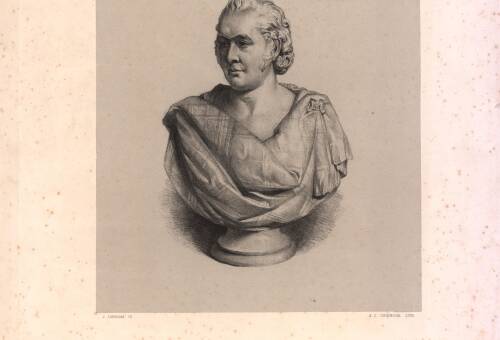